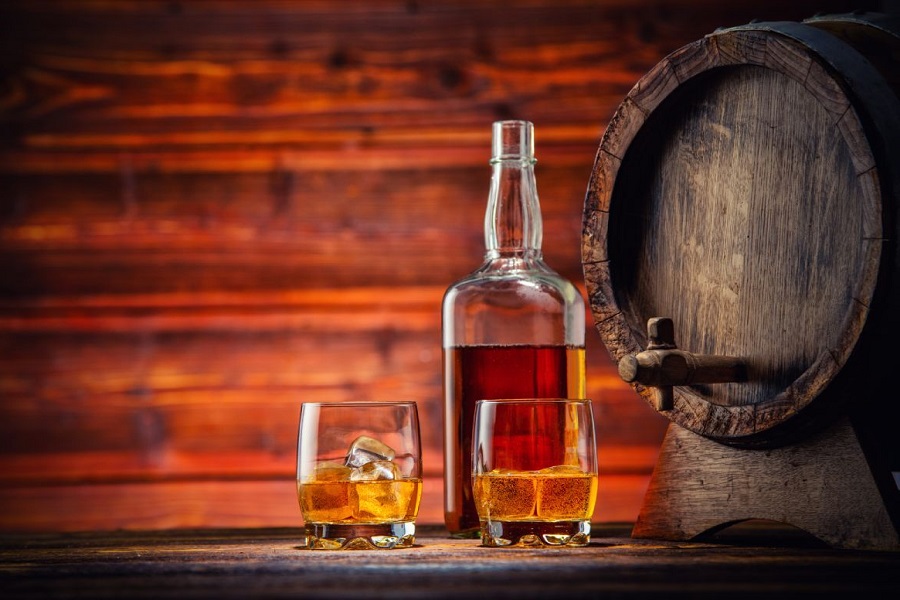 Scotch whiskey is one of the priciest liquor categories known in the alcohol business.

It is often paired with serious drinking connoisseurs and sophistication. While drinking and understanding the taste takes a lot of time, learning the difference between whiskeys takes somewhat similar time.

Whiskey has the most cult following that genuinely knows what they are doing; not everyone likes this strong alcohol. The flavor is very distinctive and heavy, especially for new starters.

That being said, you need to know about the difference between the single malt vs. the blended to appreciate the different types of whiskeys you would be drinking in the future! 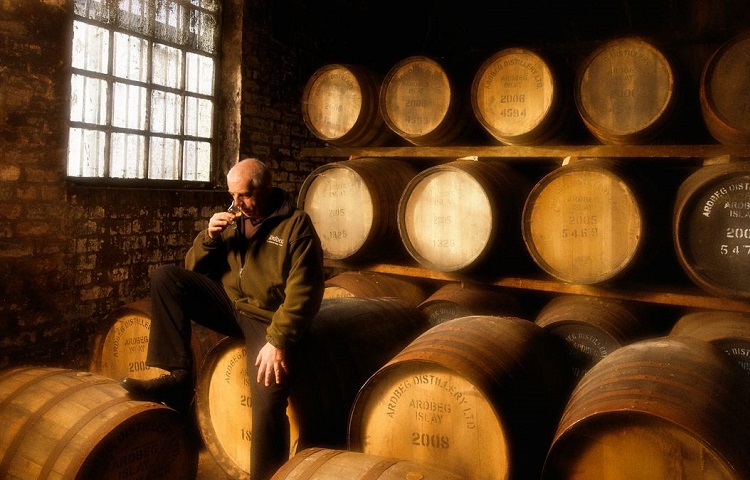 Before foraying into the difference, it is necessary to understand the basics of whiskey making as it would help you understand the process even better.

Malting is the first and foremost step that requires the grains to soak in the water for more than two days. This process allows the grains to germinate, which is the exact result we are looking for. The distillery skips this step in the case of a grain whiskey.

These germinated grains need to go through a heat treatment that stops their germination process in quite a time. Most single and blended whiskeys introduce the peat flavor during this stage for the smokey and earthy profile.

The dried and peat-infused malt is now coarsely ground known as grist. This grist then gets mixed with hot water to create a mash that converts the starches into sugars.

As soon as the liquid is cooled down, a good quantity of yeast is added to boost the fermentation process required to make the whiskey.

Distillation is one of the most important steps necessary that removes all the impurities from the alcohol.

This new malt whiskey is then skillfully diluted and stored correctly in the desired casks to mature. Mostly barrel which previously held rum, bourbon, sherry is generally used for intense flavor.

What Is Malt Whiskey?

This wash, as they generally call it, is distilled twice. First, where the liquid is heated to a boiling point, the alcohol evaporates and slowly travels to the still.

From there, a condenser is used to cool down the vapors, which then turns the steam into a pure liquid state. This process gives birth to a liquid with 20% percent alcohol and is also known as low wine.

The second distillation process is carried out in a heavy-duty spirit still from where the resultant distillation is further divided into three cuts.

The middle cut or known as the heart of the cut is the only part that is used. The other two are redistilled to bring out the quality. This stage produces a low wine with a whopping 60 to 70% alcohol content.

What Is Grain Whiskey?

Grain whiskey is predominantly distilled in a column still.

This structure has two columns called an analyzer that wash the liquid with steam and a rectifier that carries the alcohol till it reached its preferred alcohol content.

This grain whiskey is produced by this continuous fractional distillation, unlike the malt that requires double distillation.

What is Single Malt Whiskey? 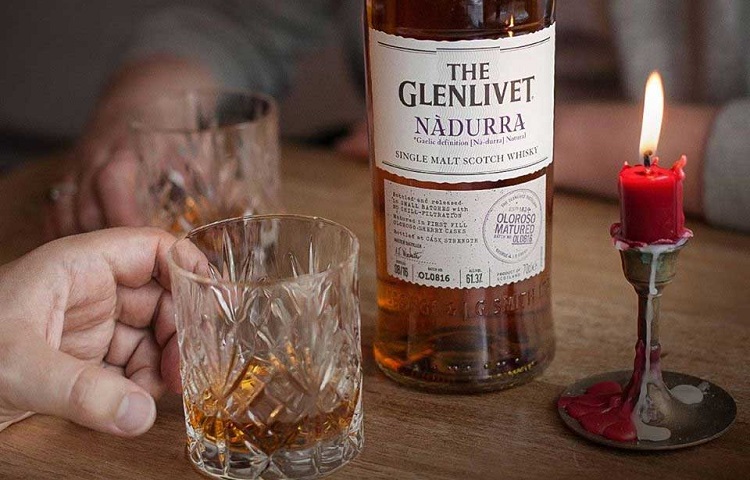 Single malt whiskey is traditionally made using just barley; there are no other grains in the liquor but only 100% barley, but the thing that gives it its name is the distillery.

These whiskeys are made by marrying malts from various barrels from the same distillery to create a perfect blend of flavor and taste.

These individual barrels are all individually aged, so you get a mix of a 12-year malt with a three-year malt. Still, since it is derived from the same distillery, the company calls it a single malt whiskey that has been craftily vatted.

After the producer mixes and curates the final batch, it goes to the tasters, who are given two glasses; 1 with the new mix and 1 with the old mix. If the tasters can easily distinguish the latest batch, the distiller has failed to achieve consistency. They then go through some rigorous mixing to taste like their previous batch for consistency purposes.

Once the tasters can’t identify the difference, the whiskey goes through the final level of bottling. These single malt whiskey distillers have a more significant disadvantage than other blended whiskey makers for creating an undiscernible whiskey product.

To tackle this, many single malt distillers have commenced aging thousands of barrels with the most similar wood qualities to have a more excellent option of whiskeys to make adjustments with. You can say that single malts are indeed the crème de la crème of the whiskey industry.

What Is Blended Whiskey? 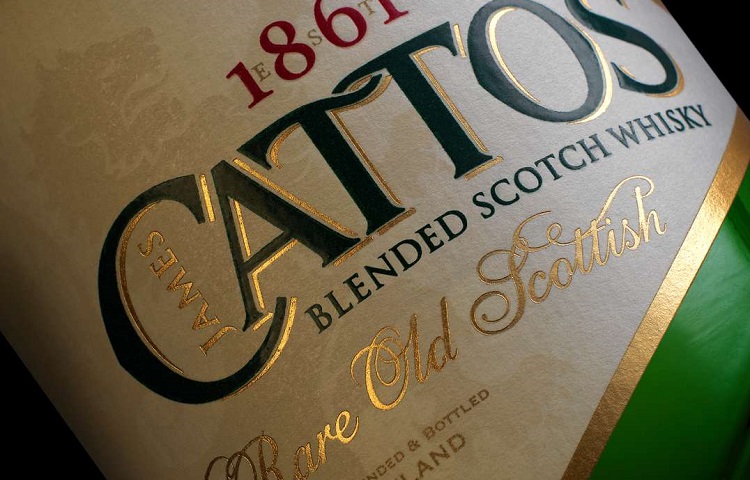 Blended whiskey is a blend of barrel-aged classic malt whiskey with added grain whiskey like corn, rye, and wheat.

These grain whiskeys are used as a filler for creating thousands of different flavors that rule the market. Their freedom to add any blend in any proportion gives the producers a wide variety of flavors.

The person who looks at the blending has to be very strict with the ratios and quality of the grain whiskey used as a single misbalance can create in a different tasting blend, thus ruining their flavor consistency and market reputation.

The distillers love to produce blended whiskeys because of the low cost and less time involved in the making.

One such example is the Compass Box Whiskey’s Peat Monster. This company purchases whiskeys from different distilleries and assimilates them together to create exotic flavors with specific characteristics.

Blended grain scotch means a merry marriage of single grains from again two or more different distilleries. These blended grain whiskeys are exceptionally mild and light, but the flavor speaks to people who enjoy such tastes for a casual day drink.

These are popular with people who find grain whiskeys enjoyable and wish to taste more complex flavors by mixing several other blends. One such example is Compass Box Whiskey’s Hedonism. 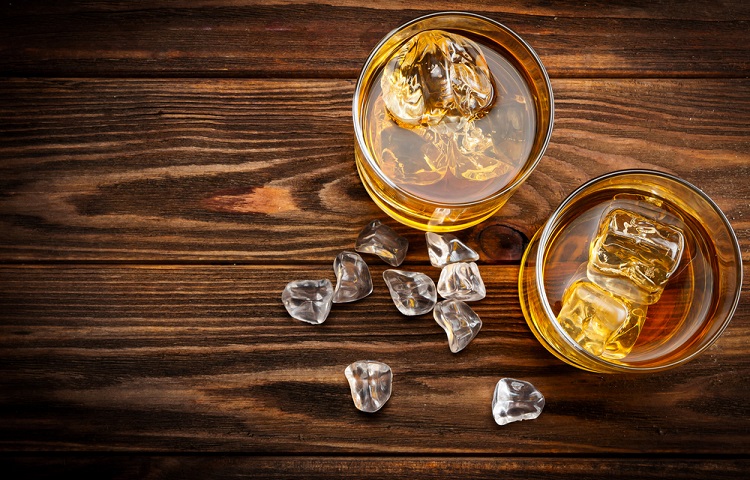 These are best served neat or on the rocks without flavors, syrups, and extra ingredients.

Blended whiskeys are excellent for regular on the rocks as well as cocktails. The affordability makes it an ideal whiskey to put into cocktails and drinks.

Single Malt Vs Blended: Which One Is Right For Me?

The choice boils down to the personal preference of an individual.

But we highly suggest that if you are a budding whiskey enthusiast and have never tried whiskey before, then jumping on the single malts won’t indeed be an ideal thing to do. You might end up disliking the whiskey family altogether.

We recommend that you start with a nice blend that is subtle yet flavorful. You can choose from various blended varieties that have thousands of flavor combinations. Once your palette gets used to the blended flavor, you can jump to single malt.

That being said, there is no special hard and fast rule in enjoying a whiskey. Even highly specialized connoisseurs of spirits love to indulge in the blends as per their mood. If you want deep and dark flavors, single malts would be your go-to drink in the whiskey family for sure.

Best Of Both The Worlds 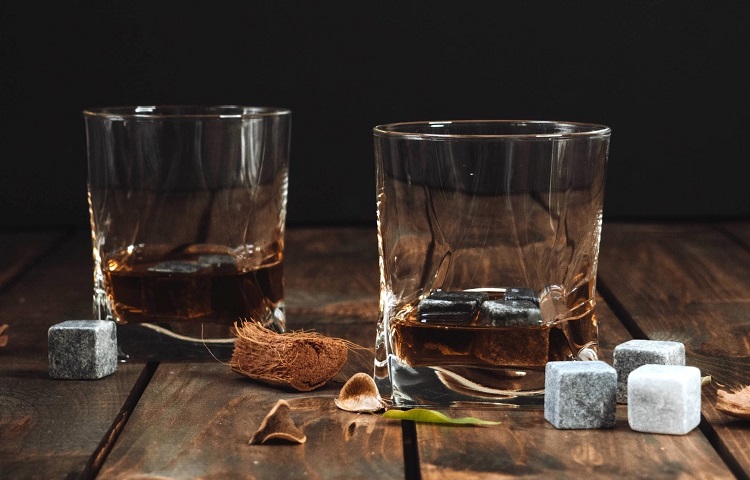 We proudly present the best-tasting single and blended malt whiskeys available in the market.

These are exceptionally potent and have the magic of making a person fall in love with them.

The Glenlivet is probably the best single malt whiskey you should start with. The Glenlivet is one of the most prestigious and oldest distilleries in Scotland. This classic and timeless expression is exceptionally smooth, mild, and fruitier.

Your palate would be pleased, especially if you are newly foraying the fine single malt whiskey kingdom. There isn’t a highly dominant peaty flavor, but you will indeed get introduced to the spice and zesty side of this scotch after your first sip.

This Balvenie is casked in ex-sherry and ex-bourbon barrels to give it a complex and layered flavor, even if it is single malt.

This whiskey has a great smooth toffee, cream, and vanilla flavor underlined with spices that hit the right spot just the right time. The sweeter chocolatey toffee notes balance the spices amazingly.

Monkey Shoulder is a unique expression filled with a soft blend of nuts, vanilla, and fruits because of its Speyside origins. This blended whiskey doesn’t have grain mixed, so this is a perfect starting point if you want to get into single malts sooner.

This exciting blend is genuinely revolutionizing the blended whiskey catalogs. The fruity flavor with its almost clear shade adds an exciting touch to your drinking experience. This highly accessible whiskey is perfect for experts as well as beginners alike.

We hope our guide helped differentiate the types of whiskey available on the market.

Now that you have a clear idea about these blends, you can start your journey of scavenging the best whiskey in both types.

If you are afraid to try pure single malt, try some of the mild-tasting singles; once the palate gets developed, venture out and try all the flavors you can. Go ahead, celebrate whiskey as the world is your barrel!