Whiskey Barrel – Why Is It More Important Than You Think? 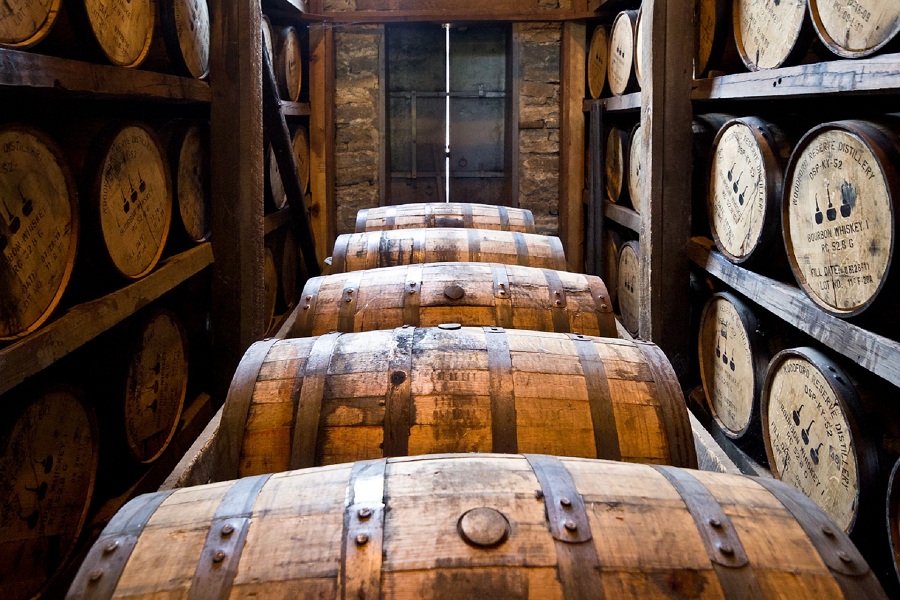 Anybody involved in the whiskey industry has heard of whiskey barrels. They are the key to creating the perfect whiskey. Have you ever wondered why?

While there are a few general known facts about whiskey barrels, many people do not know why they are so important.

Simply put, without whiskey barrels, we would not have the iconic whiskey drink we have today.

From color to flavor, the barrel determines the most important characteristics of a newly bottled whiskey.

We will cover what they are, why they are essential to the process, and what materials whiskey barrels are made of.

If you are ready to become an expert, let’s get started.

What Actually Is a Whiskey Barrel? 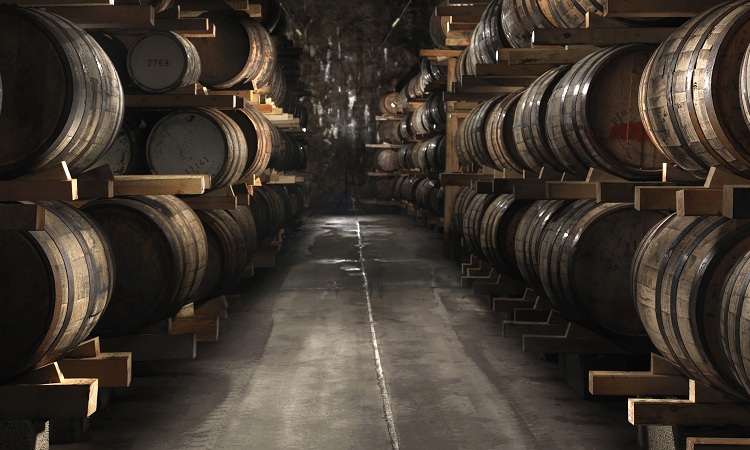 A whiskey barrel is a type of cask. There are about eight types of casks, but the most popular casks are called barrels, hogsheads, or butts. Mostly all whiskey barrels are made of some kind of oak.

A whiskey cask can hold anything from 200 to 650 liters. The majority of casks are sourced from Spain and the U.S and have previously held sherry or whiskey in them.

Let’s take a look at the most popular types of casks.

Whiskey barrels can hold 190 to 200 liters of liquor. While this cask’s technical name is a barrel, many people refer to this kind of cask as the American standard barrel or a bourbon barrel.

The American bourbon industry primarily uses this kind of cask.

New barrels will often have a role in the bourbon industry. Near the beginning of a barrel’s career, its job will be to age bourbon.

Bourbon cannot age in a barrel that has already been used, so the barrels will typically enter circulation in the scotch industry after it ages bourbon.

Hogshead is another type of cask that is very similar to the barrel. Hogshead casks will hold around 225 to 250 liters. Hogsheads are normally constructed of American white oak.

Many are also built from old bourbon barrels and often used to age whiskey such as scotch whisky.

Since they are larger, many distilleries use hogshead casks to age spirits for longer periods (over a decade, for example).

Why Is It Important?

There are a few different processes that can introduce new flavors and increase the smoothness of the drink. 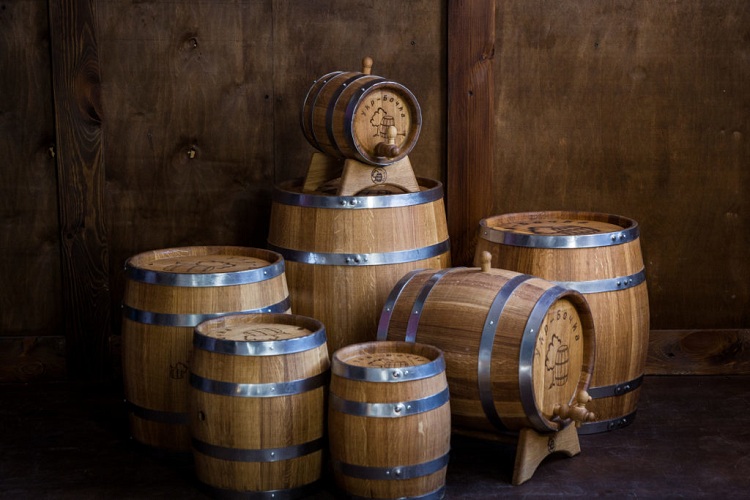 Whiskey barrels can greatly affect the flavor of the whiskey.

All wood has a certain chemical compound that is in the cell walls of the wood. This compound is called lignins. While lignins in other kinds of wood have no special properties, oak lignins are different.

The main flavor that lignins release is vanilla. American oak contains so much vanillin (vanilla) that some vanilla extracts come from oak.

Oak barrels also contain other compounds such as eugenol, furfural, and lactones. These compounds are responsible for fruity, spicy, buttery, or nutty flavors.

Since oak is a bit porous, meaning particles can travel through the wood, micro-oxygenation can occur.

This process occurs when oxygen travels in and out of the wood barrel. Since oxygen is present, the whiskey will not oxidize.

Instead, the oxygen induces several other chemical reactions that affect the whiskey.

A variety of molecules and atoms react and produce esters, which is another chemical compound.

Esters create new aromas and flavors and are responsible for the more complex tastes and undertones such as floral and creamy notes.

Another distinct characteristic of whiskey barrels is that they contain tannins. Tannins are bitter chemical compounds that occur throughout nature.

While tannins may infuse some bitterness to the whiskey, they also promote further chemical reactions that result in even more complex aromas and flavors.

Tannins will also increase the overall balance of a whiskey.

Even though tannins are present in many kinds of oak, European oak contains more tannin compounds. 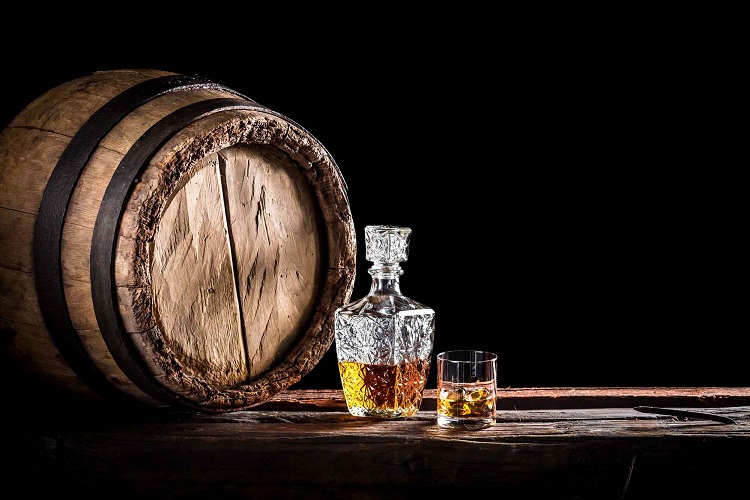 Another benefit of whiskey barrels is that they gently filter the alcohol.

Due to temperature and humidity changes, some of the more harsh and volatile alcoholic compounds will evaporate and escape through the wood.

When whiskey ages for a good amount of time, perhaps over five years, the whiskey will be adequately filtered.

Whiskey Barrels Change the Color of the Whiskey

Not only do the chemical compounds present in the oak affect the flavor of the whiskey, but they can also change the color as well.

Whiskey is actually clear, like vodka, before it enters the barrel. The warm colors of the barrel change the color of the alcohol.

The wood infuses tones of amber, gold, brown, and yellow to the liquid. Furthermore, whiskeys that age longer will be darker than younger whiskeys.

This is because the wood has more time to interact with the whiskey.

There are several different materials that distilleries use for whiskey barrels. However, the four main materials are American white oak, European oak, Mizunara oak, and maple.

Some other less common materials include chestnut, redwood, and Japanese cedar. 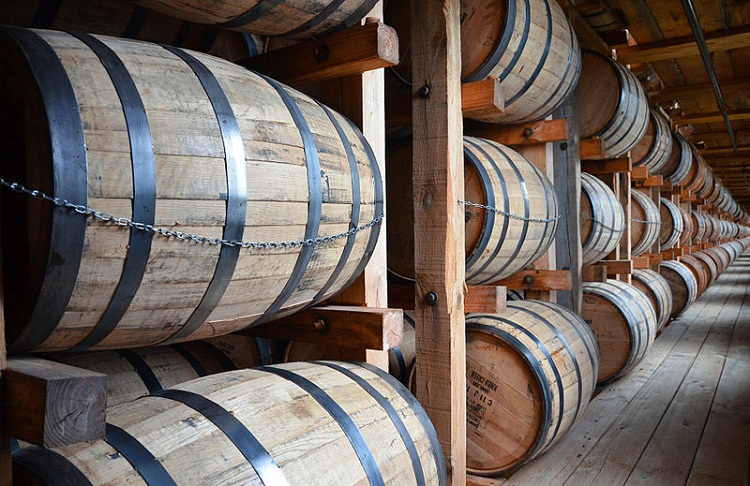 The main flavors that this kind of oak infuses are vanilla and caramel. American white oak also creates more mellow and soft undertones.

European oak grows all over Europe, including Turkey and Russia. It is much denser than American white oak and grows slower.

There are also several other compounds in the oak that infuse spicy notes into the liquor. Lastly, you will also notice a strong wood flavor in European oak whiskeys. 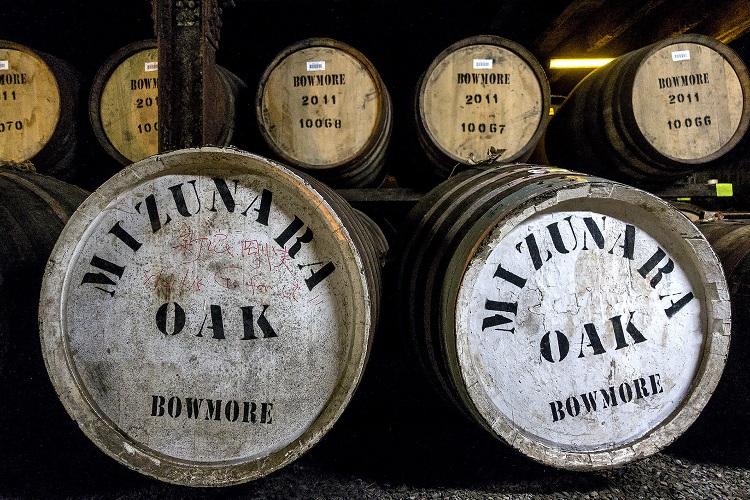 Mizunara oak grows in northeast Asia. Due to several negative effects of this oak on aging whiskey, the oak has grown in popularity only since the 20th century.

The reason why mizunara oak is not ideal for whiskey is that the wood does not contain certain oil enzymes that waterproof the barrel.

A larger volume of whiskey will evaporate through the wood compared to other oaks like American and European.

However, this oak infuses unique flavors such as coconut, sandalwood, and oriental spices. These distinct aromas are what make this oak special.

The majority of Tennessee whiskey ages in maple wood. You can find maple wood in Central and North America, North Africa, and Eurasia.

Maple wood is lighter than other whiskey barrel oaks; distilleries often use it while producing Tennessee whiskey. The prominent flavor that this wood infuses may be evident from the name: maple.

Whiskeys that age in maple wood are often sweet and have notes of buttery maple. 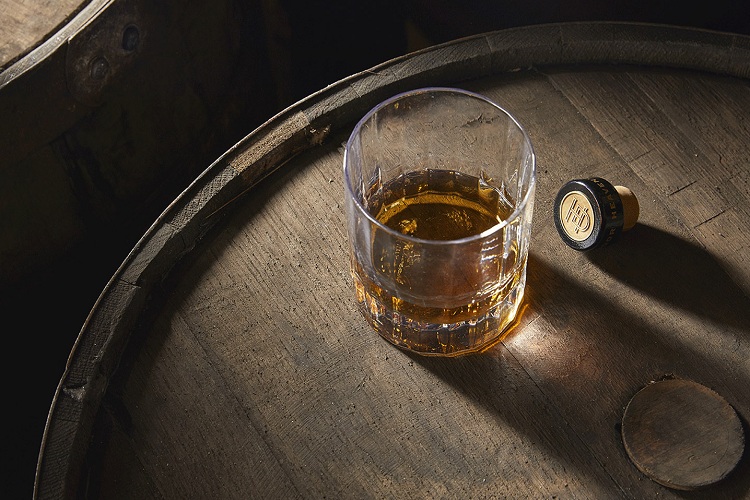 Whiskey barrels largely influence the final product you will find on the shelves. Even though they are the foundation of the whiskey industry, there are still a few potential issues regarding whiskey barrels.

First of all, some distilleries may have problems finding new barrels to use in the first place, especially when it comes to bourbon.

The law for bourbon whiskey states that you can only use a barrel once during the aging process.

Since distilleries can only use the cask once, they will need to search for new barrels to import and store quite frequently. This could lead to problems.

Furthermore, it may be difficult to find long-term uses for bourbon barrels if the distillery does not produce certain whiskeys such as scotch. (Scotch will often age in used bourbon barrels.)

There could also be other issues when working with used barrels. When the barrel is not new, the flavors from the oak may not be as intense.

Even though some whiskey brands intentionally produce more bitter whiskeys, it may be hard to tell how liquor will turn out in a used barrel.

Whiskey barrels are essential to the aging process of whiskey.

There are three main kinds of whiskey casks that top distilleries use: barrels, hogsheads, and butts. All three casks will hold a different amount of whiskey.

Whiskeys that age for longer will typically age in a larger cask like a hogshead or a butt cask.

The whiskey barrel’s main job is to infuse different flavors into the whiskey, induce the micro-oxygenation process, and turn the colorless whiskey into a nice, golden amber color.

While distilleries use a few different kinds of wood, the most common materials that whiskey barrels are made from are American white oak and Europen oak.